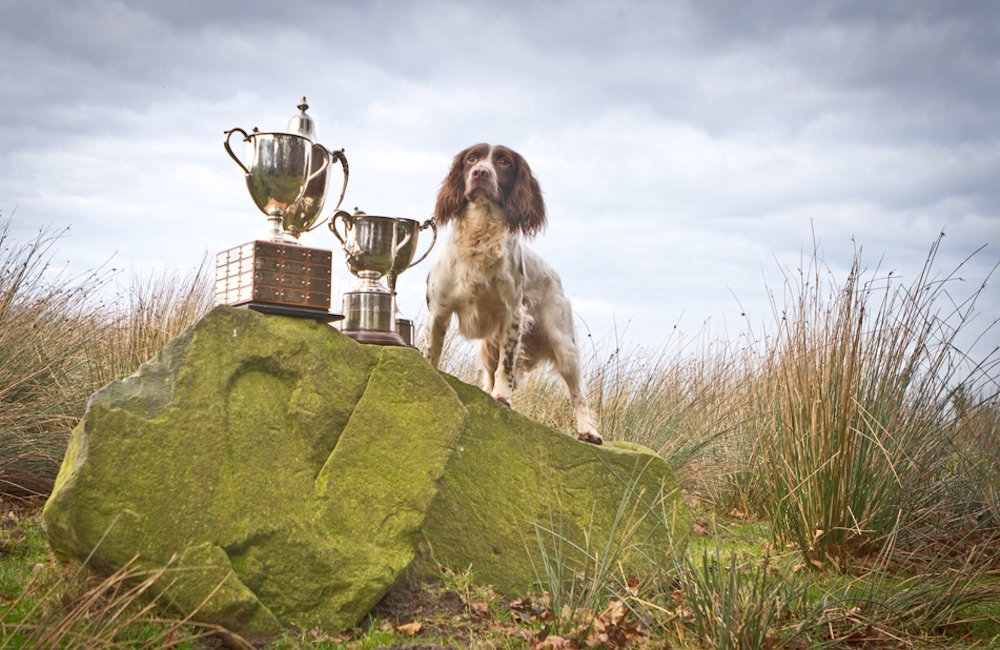 Henry qualified first time out and went on to be placed 2nd in the 2017 ESS championships.

He’s basking in the Glory of being awarded Top Dog of this year.

Great end to the trialling season for Bishwell Black Magic of Breckmarsh (Henry) who is placed 2nd and awarded top dog at the Byrd’s Retreat Championships on 9th, 10th and 11th Jan. Henry won his novice first time out at the tender age of 14 months and was FTCH by the age of 3. Henry is a powerful, hard going and stylish lad with an excellent temperament. FTCH Bishwell Black Magic of Breckmarsh is proving to be an exceptional stud dog demonstrated by the standard at which his offspring competed in just their first year of running in trials. In 2016 alone, his progeny have been awarded OFTAW, OFTW, four times FTW and four times FTAW. Out of the offspring which have achieved winning status, three were placed 2nd and 3rd.